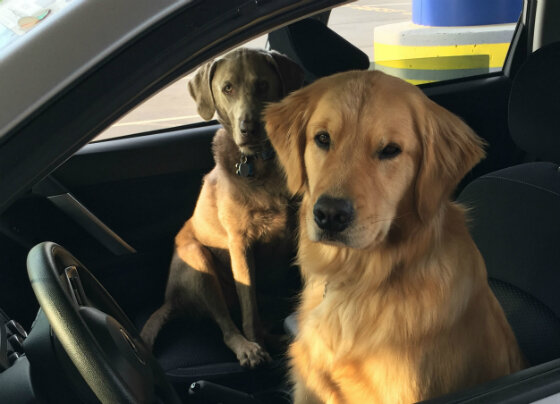 A superpower should be super. It should be something that very few other people can match. For example, a lot of people can play a guitar pretty well. But Eddie Van Halen can coax sounds from the instrument like few others.

WHAT’S YOUR SUPERPOWER?
By Jeff Morrill

Superman can fly, Wonder Woman can deflect bullets, Spider-Man can sense danger. Real people can’t leap tall buildings in a single bound, but we can develop special abilities that form the backbone of our success over a lifetime.

It usually takes a few superpowers to make a superhero, because even a monumental talent will not, by itself, guarantee success. For example, towering athletic ability won’t get you very far unless you also have the long-term discipline to sharpen your skills and match your competition. I use the term “superpower skill set” to describe a cluster of a few exceptional strengths that add up to a whole greater than the sum of its parts. Imagine a person with unusually high levels of manual dexterity, stamina, and intellect—those qualities would combine to make very good surgeon, or a pilot. The set of faculties work together to create quite a competency.

When identifying your superpowers, keep these things in mind:

There’s a difference between the things you want to be good at and things you actually are good at. As a boy I wanted to be a great baseball player. I persisted through my little league years on modest talent, hoping that that my genetics would eventually deliver me the physique necessary for real success (you know—big butt, powerful upper body). It was not to be. I made it to six feet but never to even 140 pounds. I permanently abandoned my efforts on the diamond after I failed to make the Blacksburg High School junior varsity team.

A superpower should be super. It should be something that very few other people can match. For example, a lot of people can play a guitar pretty well. But Eddie Van Halen can coax sounds from the instrument like few others. You probably do a lot of things well. But what do you do really well? What’s easy for you but hard for others? That’s where you can really make things happen.

In my case, I have always been freakishly organized, I have a feral risk tolerance, and I can remain intensely focused on goals for years on end. This skill set is ideal for entrepreneurship. I have depended upon those qualities my whole life, and they have helped me compensate for many deficiencies in other areas.

Be respectful of your superpowers. Use them for good, to make the world better for you and everybody else. Don’t waste them, because they don’t necessarily last forever. There might come a time in your life when you regret screwing around with your prime years instead of discovering the frontier of your potential.

What are the handful of special abilities that comprise your superpower skill set? Have you developed each to its full potential? Are you making the highest and best use of your overall capability?

About the Author:
Jeff Morrill co-founded Planet Subaru, “your undealership,” in 1998, and built it into one of the most successful privately-held car dealerships in the United States. He later started other businesses in automotive retail, real estate, telecommunications, and insurance that generate over $100,000,000 in annual revenue. His achievements in building profitable and ethical companies have been featured in a variety of national media including USA Today, Entrepreneur Magazine, Automotive News, The Boston Globe, and others.

Jeff is a strict vegetarian, even though people tell him it’s a big missed steak to eat that way. However, he does like his puns well done. Jeff lives with his wife, Julie, outside Charlottesville, Virginia, on a mountain he refers to as “The Morrill High Ground.”