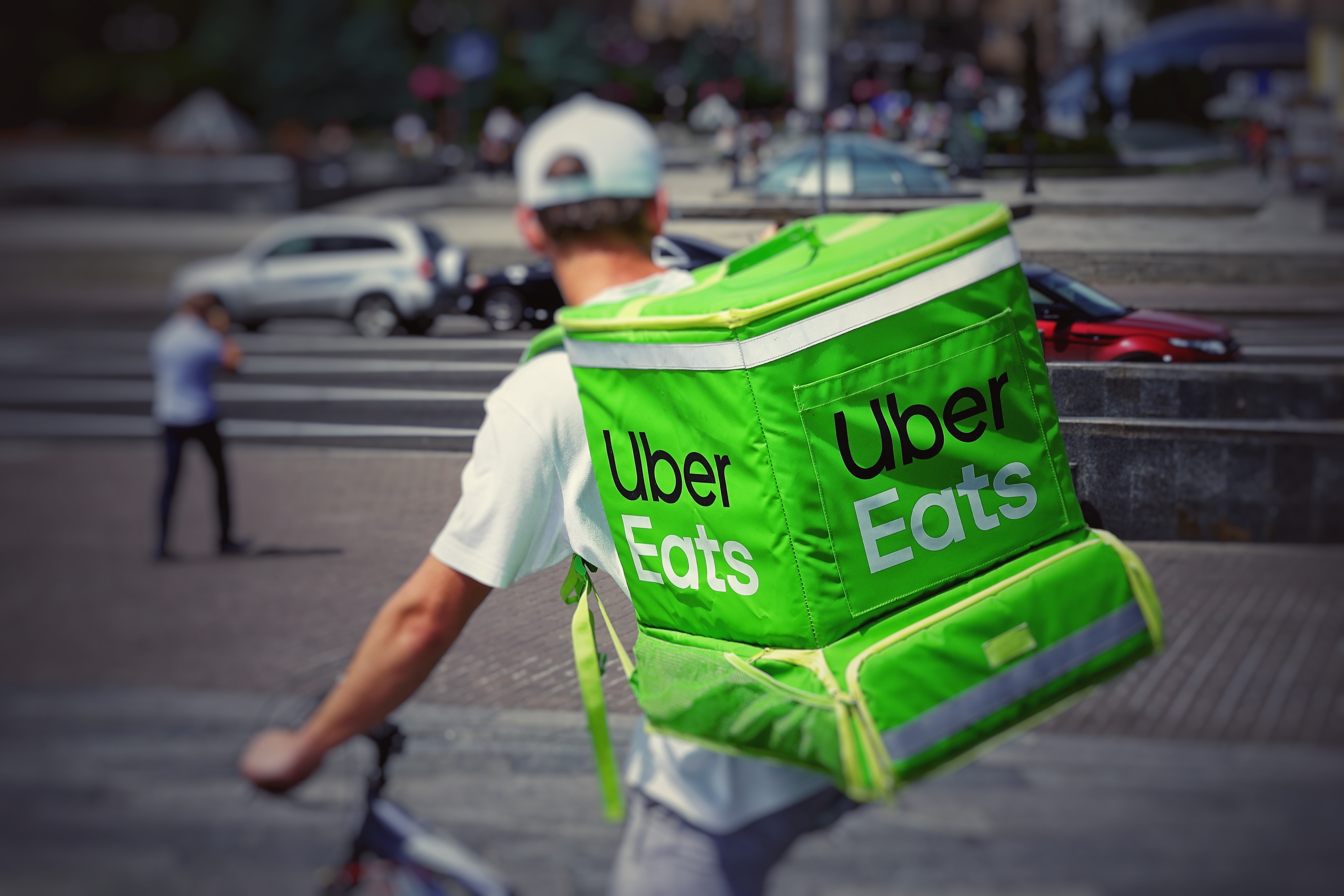 As a long-time restaurateur primarily in the franchised, fast-casual business, I understand the need to outpace and add more value & service to customers. Our contributing writer today, Roger Lipton highlights and adds his insights to what he calls the “The Last Mile” in the restaurant business. As more and more operators are fighting for the same dollar, speed, value, and convenience become the point of differentiation for many restaurant brands.  Enjoy Roger’s take on ‘Delivery Land.”

Another potential problem, as pointed out by a group of restaurant operators in Los Angeles, is that delivery agents are not trained in food handling and temperature maintenance standards. One LA-based operator said, “If a customer gets hepatitis, they are going to sue the restaurant.” Another stomach-turning pitfall, as described, is the hungry delivery person that helps themselves to part of the milkshake or a couple of the ribs.

DELIVERY, THE BIG THING IN RESTAURANT LAND – THIS IS WHAT “THE LAST MILE” LOOKS LIKE.

Restaurant companies are unanimous in their pursuit of delivery as one of the huge opportunities to increase the productivity of their physical plants. Too much square footage continues to be a burden on productivity, especially when it takes labor at $15.00 (ex the tip credit) per hour to service the space. It’s also clear by this time that control over the “last mile” is of major concern to restaurant operators. Not only is the reputation of The Brand at stake, but valuable information relative to the customers is in the hands of the third-party agent, potentially not as useful to the food provider.

A reality of this new source of business is that margins for the restaurant company will be affected since 15-30% of the ticket is paid to the delivery agent. While some argue that a large portion of the delivery dollars is “incremental,” it stands to reason that a customer who receives the product at home on Wednesday night is less likely to visit that restaurant on Thursday or Friday. On the hopeful side: delivery companies are already competing for market share, negotiating their fees lower, therefore improving the remaining margin for the restaurant. Overall, this is a portion of dining dollars that is very much in a state of flux.

ON THE GROUND IN DELIVERY LAND

Two articles caught our eye in the last day or so, in the New York Times and the New York Post, describing the reality of “the last mile,” and it’s not pretty.

The Post described how a delivery worker (from DoorDash) punched a pizza store employee in the head because the order wasn’t ready for pickup. We are not trying to focus on DoorDash (DD) in particular, because this could happen with any third party agent, but another DD employee posted a negative review on Yelp because the food “trash” wasn’t ready on time. Another DD hire made a scene after getting a parking ticket while waiting for a delivery pickup. Since delivery agents, including DD, UberEats, Postmates, and others, get paid primarily for completed deliveries and little, if anything, for waiting time, they are obviously very sensitive to the availability of the order. At the same time, restaurant employees, including one cited at (well run) Cheesecake Factory, are not necessarily treating the delivery person with great courtesy.

TRAINED TO DELIVER FOOD BUT NOT HOW TO “HANDLE” IT

Another potential problem, as pointed out by a group of restaurant operators in Los Angeles, is that delivery agents are not trained in food handling and temperature maintenance standards. One LA-based operator said, “If a customer gets hepatitis, they are going to sue the restaurant.” Another stomach turning pitfall, as described, is the hungry delivery person that helps themself to part of the milkshake or a couple of the ribs. All of this can be considered “anecdotal,” but the proper selection and training for third party agents are no doubt far from optimal at this early point in the evolution of the food delivery industry. Parenthetically, stock investors might well keep all of this in mind before they pay a considerable valuation for DoorDash when it comes public.

The New York Times described the experience of a bicycle delivery person in Manhattan, obviously a unique market, but still indicative of urban issues. The bicycle person, working for UberEats as well as Postmates, had continuous decisions on the run to make, all while anticipating traffic patterns and potential delays. Should he pick up several orders at a Mexican restaurant five blocks away for UberEats, or divert to two orders for Postmates at Shake Shack that was a little closer. As he said, “I had to decide: take on three orders at once and risk falling behind? Stick with UberEats, which was running a $10 bonus for doing six deliveries by 1:30, or try for a Postmates bonus? Information was limited. The UberEats app doesn’t tell you where the delivery is going until you pick it up. I could not know what the Postmates job would pay. The Postmates clock ticked down – you have seconds to accept or decline an order. I was threading my way around lurching honking trucks and oblivious texting pedestrians and watching for cops and looking down at the phone mounted on my handlebars and calculating delivery times.”

The article goes on to describe the intense competition among companies like Grubhub Seamless, UberEats, Caviar, DoorDash and Postmates, and delivery agents are often representing more than one company. The restaurants have been forced into the e-commerce business, outsourcing their product to the hands of a fleet of freelance personnel who may or may not appropriately represent the restaurant Brand. Especially as competition has increased, the net hourly pay for delivery agents has become closer to $10/hour than $20, sometimes even less than $10. We can only imagine the professional skills, or lack thereof, of a person that is going to subject themselves to this kind of pressure for that kind of wage. There is a myriad of other hurdles that delivery agents in urban areas will have to deal with, but that will vary by venue. We can say with assurance; however, just as above described in suburbia, there is enormous work to be done to iron out the issues, reduce the risk, and improve the profitability for the restaurant operator.

The challenge remains to make delivery incrementally profitable, without taking on considerable risk to The Brand in the process. To whatever extent possible, maximum control over the delivery process should be at The Brand level. In the meantime, takeout and curbside pickup may be convenient enough to maintain market share, without incurring the risks as described above. Perhaps orders, above a specific size at limited times of the day within a certain radius, can be delivered by properly trained store-level employees. There is a large market to be served, but not necessarily at the risk of The Brand.